Lion Electric Company has successfully launched five of its electric school buses in New York that features a vehicle-to-grid (V2G) charging technology to be used in reducing emissions and carbon waste. The deployment of the e-School Buses would equip “The Big Apple” with a powerful machine with an impressive range of 155 miles with 72 passengers on board. 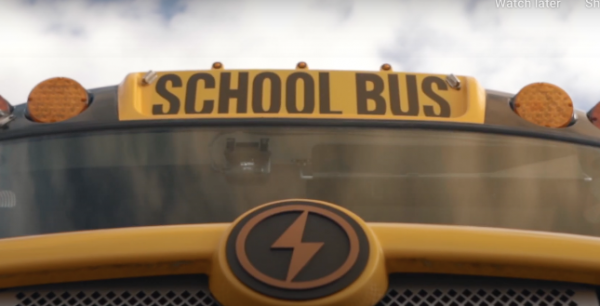 The electric school bus V2G design was created by the Quebec-based Canadian manufacturer, Lions Electric Company, which also made the vehicle for the National Express, New York State Energy Research, and Development Authority, etc. Currently, the five school buses are deployed in the City of White Plains, with more coming shortly.

According to Electrek, the design came from the partnership of Lions Electric Company and Nuvve, an internationally-recognized company for their research and progress in improving vehicle-to-grid technology. Also involved in the electric school bus creation is National Express, a British multinational public transport company, and the White Plains School District.

There are only five electric school buses that are out in public and are readily available for educational institutions to utilize in transporting students from schools to bus stops. Moreover, National Express would be shouldering the expenses for the bus’ charging during the entirety of a school year.

Lion Electric Company’s design of the electric school buses was purchased by the White Plains School District and the other companies that aim for New York’s brand new face for school transportation. A massive 480,000 school buses are present in New York, and all of them are internal combustion and gas-powered engines, bringing massive pollution to the air, land, and water.

Read Also: Rivian’s Amazon Delivery Van Shows Up in California for a Round of Test Drive-Self-Driving Deliveries Coming Soon?

V2G or vehicle-to-grid technology is a form of charging that is being developed by several companies, aiming to optimize the cycle of energy from a device or power cell back to the grid. According to Virta, V2G can also be considered as a form of “smart charging,” which pushes back unused energy from a power cell back to the energy grid when unused.

Also, there can be options where a vehicle can be charged or discharged when staying at a power grid that is compatible with, giving different signals of energy consumption or production. The vehicle-to-grid’s relevance is that it promotes the fight against climate change and promotes renewable energy to cycle from a vehicle back to the grid.

The electric school buses from Lions Energy Company, also known as LionC, have this technology built alongside its battery pack, enabling them to be more environment-friendly than other electric vehicles. Moreover, the LionC buses can give a massive 62 to 155 miles of range (100 to 250 kilometers) on a single full charge.

The vehicle is also capable of loading a total of 72 passengers on-board and for transport around the city. The e-School Buses have a 19.2 kW AC charger on-board. Consolidated Edison (Con Edison) also joins the venture by allowing the LionC buses to transmit energy to and from the grid across the White Plains City.

Tue Dec 15 , 2020
Apple has released the iOS 14.3 beta version for the iPhone variants and iPadOS 14.3 for the iPad tablets earlier today, bringing new features and an operating system (OS) to work with downloaded applications. However, the OS versions are relatively new, rendering some to malfunction including the latest home screen […]