Elon Musk is still on the hunt for new employees with unconventional experiences to join the team of Tesla’s Gigafactory Berlin in Germany. In his recent tweet, he detailed out qualifications that would certainly open up chances to numerous employees. Tesla’s Job Opportunities are not searching for school backgrounds or other personal qualities that  other employers usally look for an employee. 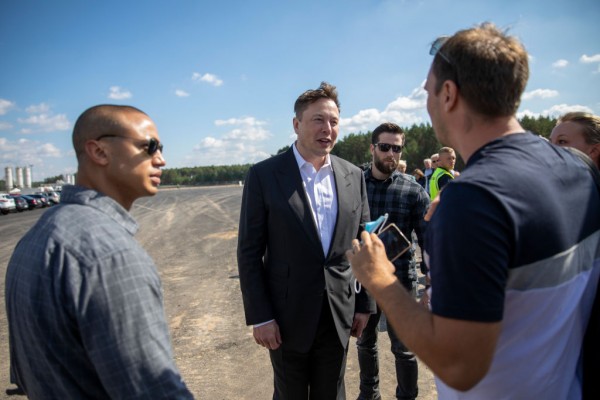 (Photo : (Photo by Maja Hitij/Getty Images))
GRUENHEIDE, GERMANY – SEPTEMBER 03: Tesla head Elon Musk talks to one visitor as he arrives to to have a look at the construction site of the new Tesla Gigafactory near Berlin on September 03, 2020 near Gruenheide, Germany. Musk is currently in Germany where he met with vaccine maker CureVac on Tuesday, with which Tesla has a cooperation to build devices for producing RNA vaccines, as well as German Economy Minister Peter Altmaier yesterday.

The clean energy and electric vehicle manufacturer, Tesla, is searching for new employees who will work at Gigafactory Berlin and Elon Musk uses Twitter as the headhunting application. The job opening is mostly for engineers of different kinds as it was not specified in the CEO’s tweet.

Elon Musk is known to use the short text social media platform, Twitter, for all the announcements and press release of the clean energy company, including this employee venture for the Gigafactory. Tesla’s eccentric CEO also utilizes the platform for all of Tesla’s promotions and do not rely on advertisement and marketing.

What Does Tesla Look for in an Employee?-Giga Berlin’s Requirement

Several hours after the tweet that launched a global hunt for new Giga Berlin employees, Elon Musk follows up with a new revelation of what is needed to highlight on the job application that would be sent to Tesla. The electric vehicle company seems to be in a rush to find an employee as the CEO himself would screen and interview potential candidates.

When sending your resume, please describe a few of the hardest problems you solved & exactly how you solved them — Elon Musk (@elonmusk) November 6, 2020

According to Elon Musk’s official Twitter account (@elonmusk), Tesla needs “problem solvers” for the engineer positions that are opening up for the Gigafactory. This announcement may seem vague for several people, but Musk wants someone with a practical and hands-on experience in handling engineering-related problems.

Elon Musk is searching for a “problem solver” that has a tremendous experience in resolving an issue within one’s previous experience to join the fleet and be sent out to Germany. The job search is open for everyone and would only need to submit a resume to “25Guns@Tesla.com.”

Tesla’s CEO asks applicants to highlight the most challenging experiences that one encountered and how they managed to solve it. From this alone, screening would be rigid as the evaluation’s criteria add another to the “engineer” qualification.

Tesla fan, Pranay Pathole (@PPathole), asks Elon Musk whether it would be open for all roles or would the job opportunity be specific on an engineering discipline. Here, Elon Musk answered that those would not matter, along with school backgrounds and even if they did go to school or not.

Just looking for problem-solvers who get things done with a high sense of urgency. Don’t care if or where they went to school. — Elon Musk (@elonmusk) November 6, 2020

How about International Applicants?

The CEO did not clarify if there would be international openings for foreign citizens, but the online application is available for anyone with the experience. However, most Americans would benefit since the interview would be on-site. It is not yet clear whether the CEO would recruit internationally and interview via video conferencing.

Tesla’s Problem-Solving Engineers-Is there something wrong in Giga Berlin? 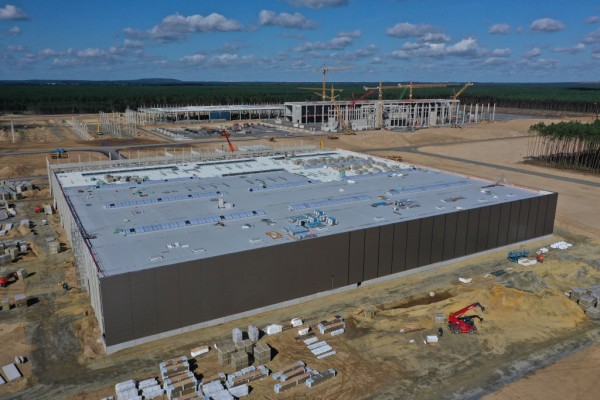 (Photo : (Photo by Sean Gallup/Getty Images))
GRUENHEIDE, GERMANY – SEPTEMBER 06: In this aerial view from a drone, the future power train production hall stands among other future factory buildings at the construction site of the new Tesla Gigafactory near Berlin on September 06, 2020 near Gruenheide, Germany. Tesla is planning to begin electric car production at the site by the summer of 2021 with 12,000 employees and an output of at least 100,000 cars annually.

No news regarding the progress of Europe’s first Tesla plant, the Gigafactory Berlin, was released or shared by Tesla and its CEO publicly. The urgent hiring and fast-paced interview selection process signify that Tesla’s Europe factory may be facing trouble.

Tesla revealed nothing about any problems in the Giga Berlin; However, the job opening for an engineer and a problem solver may face something the company is keeping secret in the Europe plant.

Sun Nov 8 , 2020
“Pokémon Go” is perhaps the most financially successful as it earned around $1 billion in 2020. The game launched a new event called Animation Week to keep “Pokémon GO” trainers busy this November with various tasks and rewards to get and complete. The event will begin on November 6 and end on […]