A Russian smear campaign is spreading fake news, claiming that the Oxford COVID-19 vaccine will turn human beings into monkeys. Reports stated that the campaign is trying to discredit the coronavirus drug developed by scientists and researchers at Oxford University. 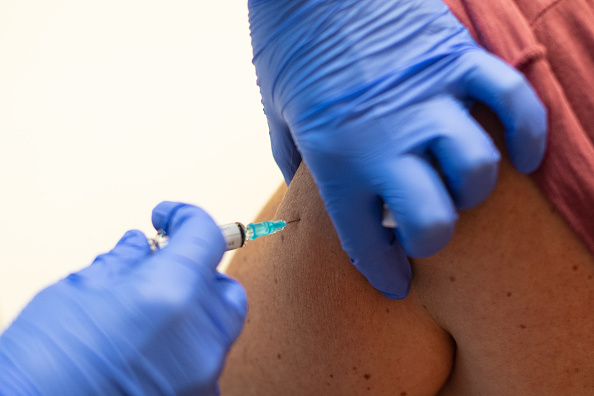 (Photo : Photo by David Ramos/Getty Images)
A health care worker administers a flu vaccine to a woman at a temporary vaccination centre during the second wave of Coronavirus (COVID-19) pandemic on October 16, 2020 in Barcelona, Spain. Catalan regional government started yesterday an early flu vaccine campaign as a measure against the coronavirus pandemic.

The Daily Mail UK reported that the fake news circulating on Russian social media spread videos and images suggesting that any vaccine in the United Kingdom is dangerous. Wion News stated that one of the most popular edited pictures shows U.K.’s Prime Minister Boris Johnson’s face turned into an ape.

“I like my bigfoot vaccine,” stated in the image’s caption. On the other hand, The Times, a news outlet in the U.K., claimed that the campaign aims to discredit the Oxford coronavirus vaccine to increase the sales of Sputnik V, Russia’s own COVID-19 vaccine.

Vesti News, a Russian television program said to be BBC Newsnight’s equivalent, also aired the fake videos and pictures. One of the images show a monkey wearing AztraZeneca’s uniform. 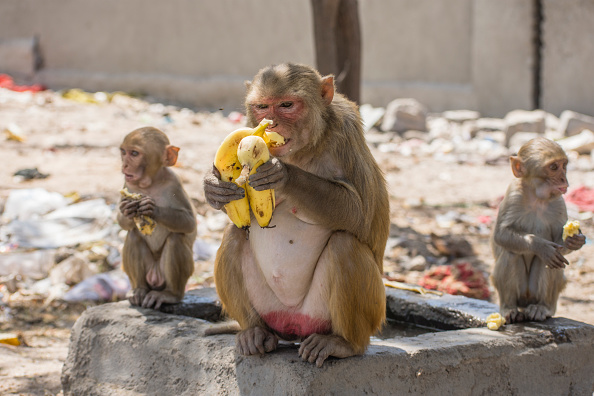 (Photo : Photo by Yawar Nazir/Getty Images)
Monkeys gathered on the side of the road eat bananas passed out by residents as India remains under an unprecedented lockdown over the highly contagious coronavirus (COVID-19) on April 08, 2020 in New Delhi, India. Wild animals, including monkeys, are roaming human settlements in India as people are staying indoors due to the 21-day lockdown. With India’s 1.3 billion population and tens of millions of cars off the roads, wildlife is moving towards areas inhabited by humans. Wild animals in many countries have been seen roaming streets.

Another one showed an edited picture of America’s iconic Uncle Sam, saying that he wants “you” to take the “monkey vaccine.” Although these pictures and video clips are obviously fake, they could still affect Oxford’s program by appealing to anti-vaccine fanatics.

“The type vaccine we have is very very similar to a number of other vaccines, including the Russian vaccine, all of which use the Common Cold virus from humans or from chimpanzees,” said Pollard via the Daily Mail UK.

He added that coronavirus is the same in human and animal bodies.

Mon Oct 26 , 2020
The popular infectious disease expert known as Dr. Anthony Fauci recently stated that it would be clear if the COVID-19 vaccines were actually safe and effective this year some time early December. However, the widespread vaccine is said to still be unlikely until later next year 2021, according to Reuters. Fauci’s […]